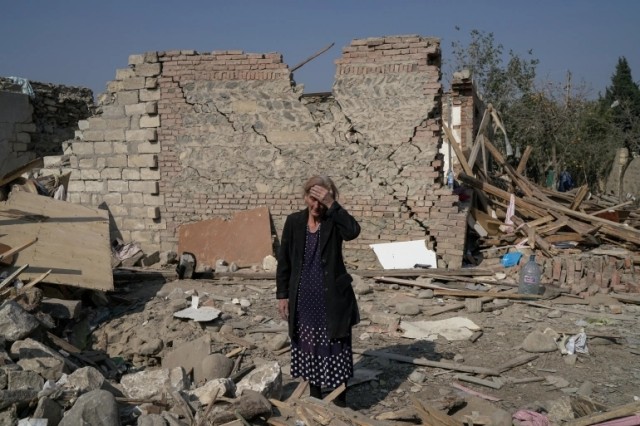 Two peace efforts have failed to deter Azerbaijan and Armenia from fighting, leaving hundreds dead in less than a month.

Nagorno-Karabakh is at the center of the decades-long rivalry between Azerbaijan and Armenia, both former Soviet republics.

It is globally known as Azerbaijani territory, but it is managed by ethnic Armenians who either seek to declare independence or join Armenia.

According to Azerbaijan, the Armenian ethnic group is invading their territory.

Tensions were increasing in the 1980s. Ethnic nationalism was frowned upon in the Soviet period, so when the Soviet Union collapsed, ethnic Armenians saw an opportunity to apply to join Armenia.

The outcome was a bloody conflict in the 1990s that killed 30,000 people and displaced millions. Both sides were accused of targeting civilians, but Azerbaijan cost more with more casualties and refugees. By the time the war started, Nagorno-Karabakh, called Artsakh by ethnic Armenians, and some nearby regions had been occupied by Armenia.

Known as Artsakh to the Armenians, about 150,000 people live in the mountain enclave, with a third of the population living in the main town of Stepanakert.

It is about 4,400 square kilometers (2,734 square miles) and lies along the oil and gas pipelines to the west.

On September 27, the rivals battled again, launching the worst battle to hit the city since the 1990s. Analysts cautioned that this time the fight is specific, mostly because modern weapons are being used. There are still concerns of an all-out conflict taking place between Russia and Turkey.

How did the conflict begin again?

As is often the case when the rivals battle, each side accused the other. Azerbaijan’s defense industry reported that it had conducted a “counter-offensive to curb the military activity of Armenia and to maintain the safety of the people,” while Armenia blamed Azerbaijan for targeting civilian settlements in Nagorno-Karabakh.

It is very difficult to check these allegations, and over the last few weeks, each government has consistently refuted the other’s account of attacks and suffering, particularly when it comes to hitting residential areas.

Why did it begin?

There’s always been a conflict on the boil. Despite a truce in 1994, there have been sporadic clashes since then. In 2016, hundreds of people died in four days of fighting. In July of this year, hundreds died on both sides, mainly soldiers.

Any observers have said that the coronavirus pandemic has made shuttle diplomacy more complicated in the months leading up to the confrontation. In the meantime, the pandemic and other issues, such as the demonstrations in Belarus, have caught foreign mediators’ attention.

What’s the human cost of that?

In less than a month, at least 63 Azerbaijani citizens and 36 Armenians were killed.

Armenian-backed officials in Nagorno-Karabakh say 772 soldiers have died, though Azerbaijan has not announced its military death toll. President Ilham Aliyev said he would provide specifics when the clashes subsided.

Most suspect that the real toll is much higher than what has been published so far.

Thousands are known to have fled Stepanakert to neighboring Armenia and some of those who remain living underground in bomb shelters.

People in the Azeri cities that have been struck, such as Tartar, have moved to comparatively safer areas.

What will happen next?

Despite two attempts at a truce, there was no let-up in the battle. International players are renewing their appeal for peace on a regular basis.

There seems a little hope for peace.

In his most recent address to the country, Azerbaijani President Ilham Aliyev said: “We will continue to push the invaders out of our territory.”

Pashinyan said in a recent tweet: “# Artsakh has never been part of the sovereign state of # Azerbaijan, and the territorial claims of # Azerbaijan have no ground under international law. Preventing the genocide. Acknowledge the # Artsakh.

At the same time, though, both politicians and senior officials on both sides continue to speak to international actors – foreign ministers from both countries are going to the US this week – and in media interviews, Aliyev and Pashinyan indicate that they are ready to pursue a ceasefire.