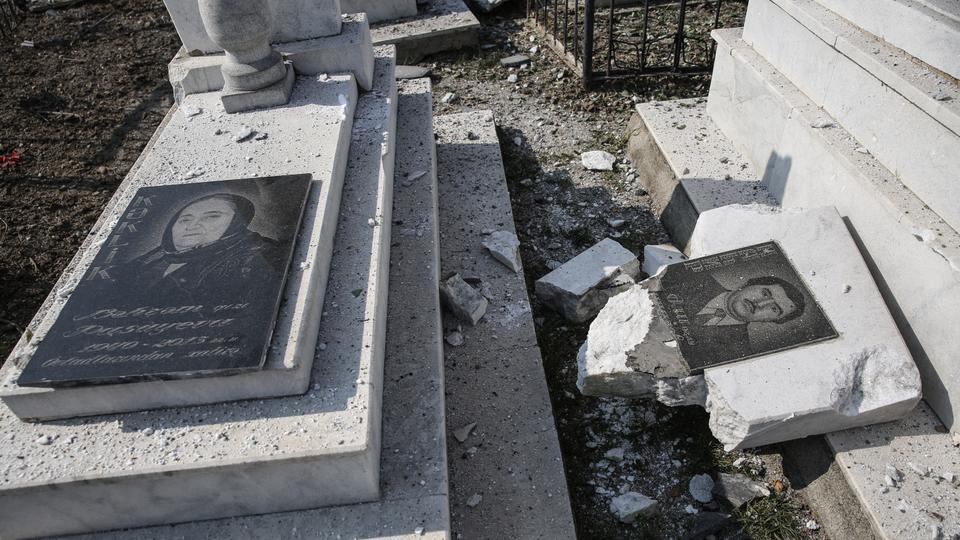 Baku informs that Yerevan targeted civilians who visited a cemetery in the west Tartar area, killing and injuring them, as it lasted its third week battling the occupied Karabakh enclave.

Armenia has yet again targeted civilian people in West Azerbaijan and continued to push the area into a humanitarian disaster, with fresh battles against the Armenia-occupied Karabakh enclave.

On Thursday, civilians visited a cemetery in Tartar city when the Armenian attack hit, killed four civilians and wounded five others.

In Armenian strikes that started on September 27, new victims raised the civilian death rate to at least forty-three with more than 218 injured.

Authorities said that the attacks of Armenia on Azerbaijan made 1592 homes, 79 apartments, and 290 government buildings are unusable.

A truce signed less than a week ago between the rivals in the South Caucasus to exchange prisoners and their bodies were broken by the relentless bombing of Armenians into civil areas and the retribution of Azerbaijan.

President of Azerbaijan Ilham Aliyev said on Twitter that “they should stop attempting to seize free lands,” and warn of “new casualties and new bloodshed.” Armenia should not have “free territory”

The Department of Defense of Azerbaijan reported that its military has maintained its ‘operational edge’ in line with Nagorno-Karabakh’s communication but that it is still tense.

Two civilians were injured by shelling in Aghdam, the Office of the Prosecutor of Azerbaijan said.

Eight more villages were freed from the Armenian siege by the Azerbaijani army on Wednesday.

Azerbaijan had recently reclaimed the areas of Jabrayil and Hadrut as well as more than 30 villages.

Since 1991, when Armenian forces took over the Karabakh region, called Artsakh by ethnic Armenians, which is an officially recognized territory of Azerbaijan, relations between the two former Soviet republics are strained.

A coalition formed in 1992 to find a diplomatic solution to the conflict, co-chaired in France, Russia, and the USA, was established in Minsk. In 1994, though, a truce was negotiated.

Azerbaijan has always been keen to liberate the territory and the Karabakh declaration of independence has not been acknowledged by any power, including Armenia.