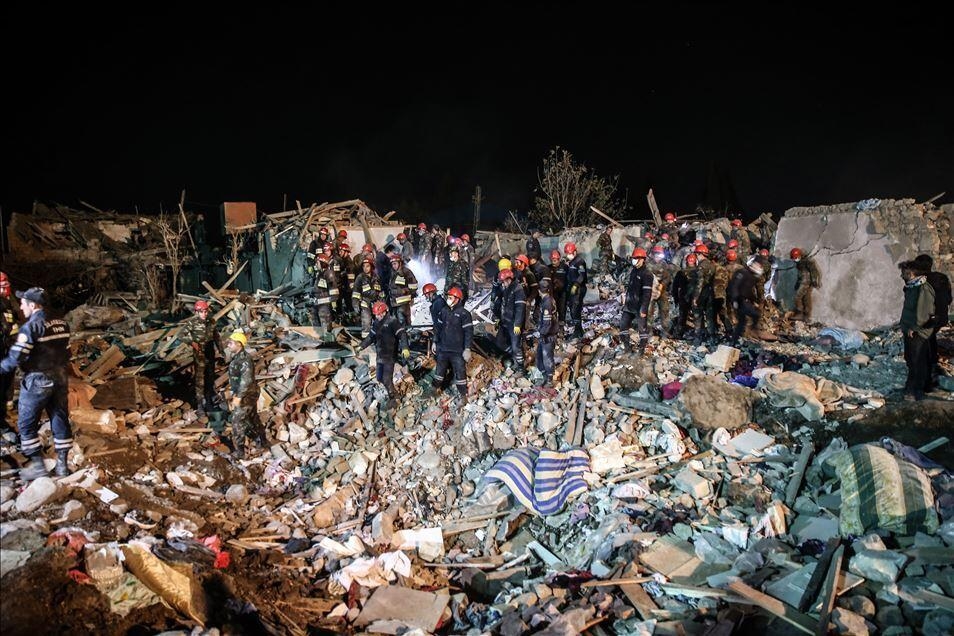 “The Armenian troops proceed in blatant violation of the conditions of the humanitarian treasure that was announced,” said the Prosecutor-General ‘s Office of Azerbaijan.

An official statement on Monday said that Armenia continues to breach the latest humanitarian truce by targeting civilian villages in Terter and Aghjabadi.

The Prosecutor’s Office stated on the first day of the new cease-fire, on Sunday, the Armenian side struck Aghjabadi District, badly damaging 25 homes.

“Heavy rocket artillery fire from the enemy powers came into Terter District on the morning of October 19th, when a 58-year-old man was wounded in the strikes and taken to a hospital,” said the report.

On Sunday, the town center of Terter was quiet. Civilians from safety zones went to their houses, took precious and necessary items, and returned to safety zones.

Since the occupation of Upper Karabakh by the Armenian forces in 1991, the relationship between the two former Soviet republics has been very strained.

Around 20% of Azerbaijan’s land has for nearly three decades been illegally seized.

The OSCE Group in Minsk was set up in 1992, with the goal of seeking a peaceful settlement to the conflict. In 1994, however, a cease-fire was negotiated.

The expulsion of the invading forces is demanded by multiple UN resolutions, as well as foreign organizations.

A fresh ceasefire was demanded by world powers, including Russia, France, and the US. In the meantime, Turkey-backed Baku’s right to self-defense and demanded that the invading forces of Armenia be withdrawn.

Armenian artillery and rocket assaults on Azerbaijan’s towns have killed at least 61 people since the clashes started on 27 September and wounded 282 others, local authorities said on Monday.

According to the Azerbaijan Prosecutor General’s Office, 1,846 homes, 90 apartments, and 341 public buildings were destroyed as well and left unusable by the attacks on Armenians.

On 27 Sept., when Armenia launched attacks on civilian settlements, fresh border tensions simmered between the two former Soviet Republics, which Armenia has continued to attack Azerbaijani civilians and forces ever since.

13 civilians were killed, including two children, and more than 40 others injured, after the Armenian army struck Azerbaijan’s second-largest city, Ganja, with missile attacks, the General Prosecutors of Azerbaijan said on Oct. 17.[/caption]

Also, some civilians, who visited a cemetery in the western town of Terter last Thursday, were killed by Armenian attacks.