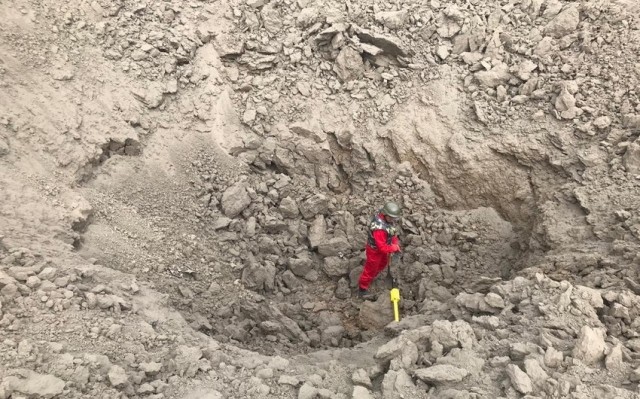 On the morning of October 22, 2020, Armenia fired ballistic missiles at Gabala, Kurdamir, and Siyazan regions of the Republic of Azerbaijan, located more than 150 km from the frontline, using war methods that could cause significant destruction.

“ANAMA’s special task force took the evidence into account and identified the use of 8K14 (Elbrus / Scud) ballistic missiles fired at Gabala and Kurdamir,” ANAMA said.

Azerbaijan responded across the whole front with a counteroffensive. Due to response, several territories formerly occupied by Armenia were liberated by Azerbaijani forces and large strategic altitudes were brought under control.

The battles proceeded in October 2020, when Armenia initiated a rocket assault on the cities of Ganja, Mingachevir, Khizi, and Absheron in Azerbaijan.

In 1988, after Armenia brought territorial claims against Azerbaijan, a war started between the 2 nations in the Southern Caucasus. The Armenian Armed Forces seized 20 percent of the Azerbaijani territories in the midst of the conflict, including the Nagorno-Karabakh and seven adjacent regions.

The 1994 ceasefire agreement was followed by peace negotiations. Armenia has not yet implemented four UN Security Council resolutions on the withdrawal of its armed forces from Nagorno Karabakh, called Artsakh by ethnic Armenians, and the surrounding districts.