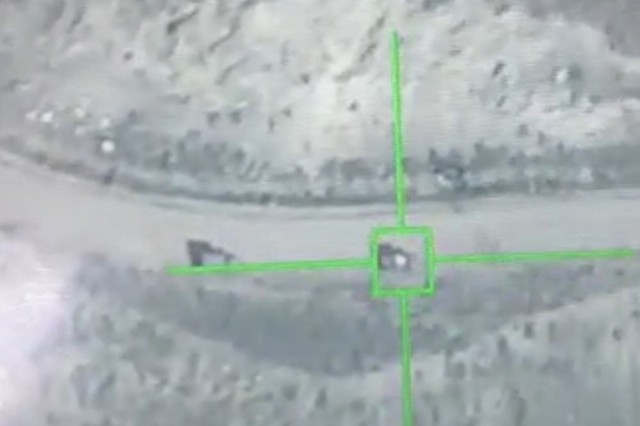 The Azerbaijani Ministry of Defense destroyed two BM-21 ‘Grad’ MLRS that had been used to strike at the positions of Azerbaijani military forces in the Zangilan region.

The Azerbaijani Ministry of Defense destroyed two BM-21 ‘Grad’ MLRS that had been used to strike at the positions of Azerbaijani military forces in the Zangilan region.

A large-scale military assault was conducted by the Armenian Armed Forces on the front line positions of the Azerbaijani Army employing large-scale weapons, heavy artillery, and weapons on Sept. 27.

With a counter-offensive along the whole front, Azerbaijan reacted. Azerbaijan is currently continuing to liberate its lands from Armenian troops.

Back in July 2020, the Armenian Armed Forces breached the truce in the Tovuz district of Azerbaijan. The hostile forces were defeated as a consequence of Azerbaijan’s retaliation.

The fighting has begun in the following days. Azerbaijan has lost a number of military personnel who died in the battle against the Armenian Armed Forces attacks.

In 1988, when Armenia made territorial disputes against Azerbaijan, the dispute between the two South Caucasus countries began.

The Armenian Armed Forces invaded 20 percent of Azerbaijan, along with the Nagorno-Karabakh, so-called as Artsakh by ethnic Armenians, region, and seven neighboring districts, as a result of the subsequent conflict.

Political talks preceded the 1994 ceasefire declaration. Four UN Security Council resolutions on the withdrawal of its armed forces from Nagorno Karabakh and the nearby districts have not yet been adopted by Armenia.