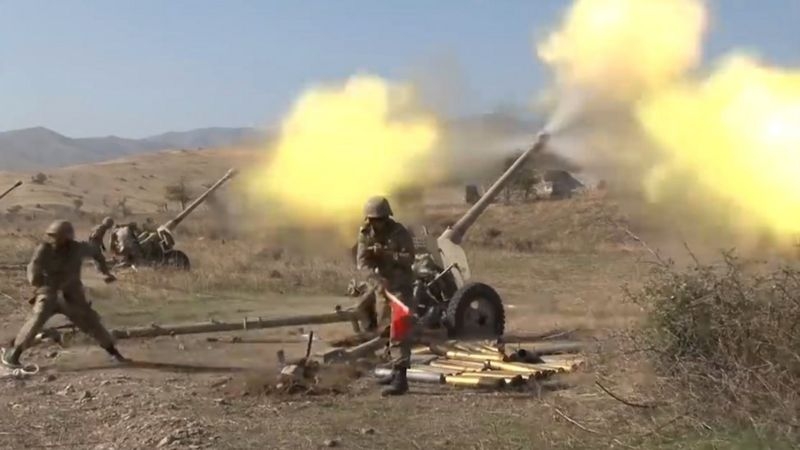 Minutes after its commencement on Monday, Armenia, and Azerbaijan accused each other of breaking the most recent ceasefire on the occupied areas of Nagorno-Karabakh, known as Artsakh by ethnic Armenians.

The US-brokered truce was negotiated on Sunday in Washington. Two other ceasefires negotiated over the dispute earlier this month were almost immediately broken.

Battle escalated across the mountainous region on 27 September. In recent days, the tension has escalated again.

In a joint statement issued by the US, Armenian and Azerbaijani authorities, the “humanitarian ceasefire” was declared on Sunday.

The statement followed talks between US Deputy Secretary of State Stephen Biegun, Zohrab Mnatsakanyan, the Armenian Foreign Minister, and Jeyhun Bayramov, his Azerbaijani counterpart. After lengthy talks, the US State Department said an understanding has been reached.

On Sunday, US President Donald Trump tweeted to thank those who were engaged.

Nonetheless, Azerbaijan blamed Armenian forces for bombing the town of Terter and surrounding areas in “gross infringement” of the resolution within minutes of the truce going into effect.

“Azerbaijani artillery fired on military positions in separate areas of the front line after the truce negotiation had concluded”, Armenia’s defense ministry reported.

Armenian Prime Minister Nikol Pashinyan argued in a Facebook message that his government “continues to adhere exclusively to the ceasefire regime.”

As the war continues, civilians watch and hope 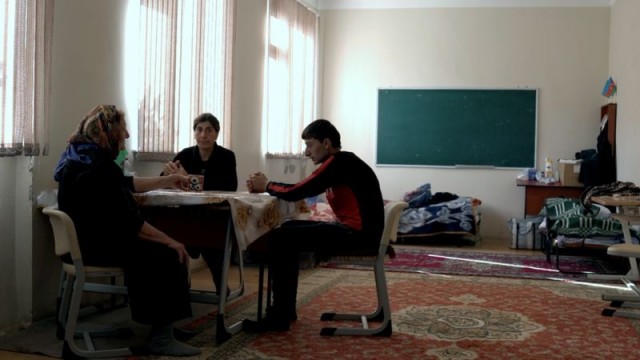 Schools are crowded in the city of Barda, but there are no classes here. Due to the coronavirus crisis, schoolchildren remain at home and their schools are now filled by refugees from the Terter area of Azerbaijan. Shelling has not ended there since the first day of the war.

And these aren’t the only families that leave it all behind. In the state-funded dorms, thousands of Azerbaijani refugees from the first Karabakh war are still residing.

Circumstances are pretty straightforward, but there is only one issue about where they have been staying for the past 30 years with these refugees-it ‘s not home.

The Organisation for Security and Co-operation in Europe (OSCE) intermediaries are also expected to meet again on Thursday to negotiate the dispute.