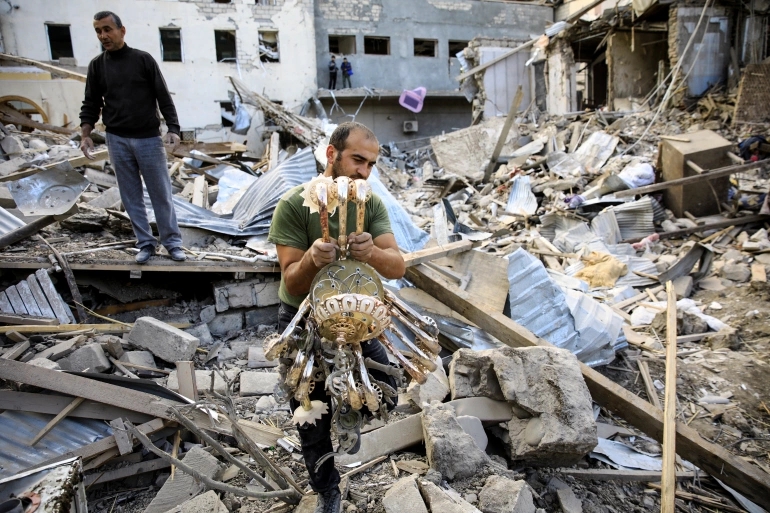 Armenian and Azerbaijani forces are engaging in fresh battles overnight and Monday, days after the failure of the ceasefire.

President Ilham Aliyev of Azerbaijan has requested Turkey to be included in the on-going dispute resolution process.

Aliyev stated in an interview with Haber Global TV that some of the representatives of the Minsk Group under the Organization for Security and Co-operation in Europe (OSCE) were too far from the area geographically. The impact of the Armenian diaspora on the co-chairs of the group, such as Russia, the United States, and France, was certainly not reasonable, adding that no fruit had been born for Baku in years of discussions.

He described the function of Ankara in Syria and Libya as evidence of Ankara’s stronger commitment to tackling the issue when it was co-chaired with the Minsk Group, mentioning that Turkey is already a Member of the Minsk Group and as an independent nation able to contribute towards managing conflict.

There Is A Need For Verification Mechanisms: Lavrov

For discussions with its Russian counterpart Sergey Lavrov about a ceasefire agreement, Armenian foreign minister Zohrab Mnazakane has visited Moscow.

Lavrov emphasized the need to establish procedures for verification in order not to disrupt the truce. 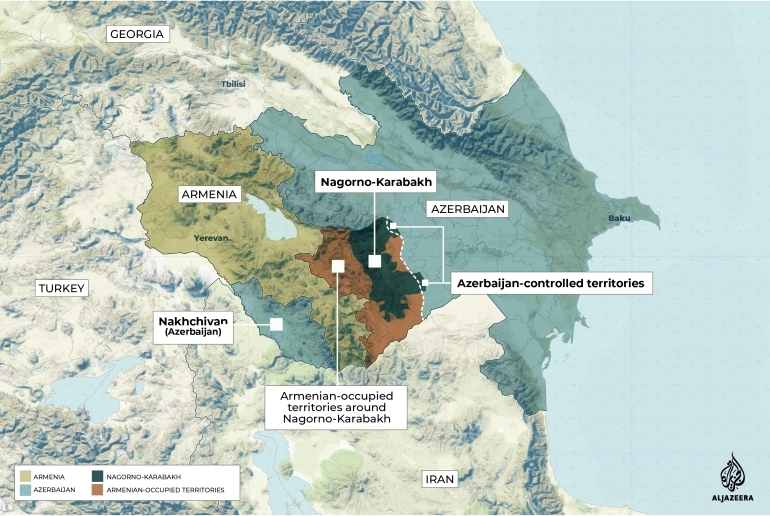 He continued that Russia collaborated together to establish frameworks in collaboration with the International Red Cross, with two other co-chairs of the OSCE (Organisation for Security and Cooperation in Europe) Minsk group –France and the US.

The Nagorno-Karabakh ethnic Armenian authorities claimed 51 more military forces were killed in combat against Azerbaijan, making a total of 480 military casualties after the conflict broke down on September 27.

There were a minimum of 25 civilians killed and over 100 injured.

In a message from Russian counterpart Sergei Shoigu, Turkey’s defense minister Hulusi Akar said that Armenian forces must be withdrawn urgently from the Azerbaijani territories they control and avoid attacks against civilians.

The Defense Ministry said in a statement after the call that Azerbaijan would not wait 30 more years for the dispute resolution and Turkey-backed the Azerbaijani offensive to “reclaim its occupied territories.”

The Human Cost Of The Nagorno-Karabakh Conflict

Statistics of death tolls are impossible to automatically validate. In any scenario, the number of deaths actually registered is estimated to be higher.

After A Suggestion To Include Turkey, Russia Says No Change To The Negotiations

Russian Minister for foreign affairs Sergei Lavrov also said the format for peace discussions in Nagorno-Karabakh was not being changed because Azerbaijan had indicated the participation of its ally Turkey.

Mnatsakanyan stated that successful peace talks would only be achievable in the conflict area after a complete ceasefire with the Azerbaijani forces.

President Of Azerbaijan Insists Turkey Should Engage In The Negotiations

The President of Azerbaijan, Ilham Aliyev, said that he did not know whether the negotiations with Armenia would begin over the Nagorno-Karabakh, called Artsakh by ethnic Armenians, conflict, but that Turkey ought to engage in the resolution process, provided the shaky truce between the parties.

Days after a humanitarian ceasefire, aiming to avoid the biggest battle in the area for more than three decades, Azeri and Armenian forces have blamed each other for initiating fresh strikes in and around Nagorno Karabakh.

Aliyev pointed out that the Minsk group, created by France, Russia, and the US to help resolve the confrontation, is partial and that Turkey is a global force due to the participation of Syria, Libya, and others, which he defined as a global power.

Artsakh News – What is happening in Artsakh?